Andy F wrote: ↑
Fri Mar 01, 2019 7:44 am
Cases of “zombie deer disease” - CBS News Philadelphia - https://philadelphia.cbslocal.com/2019/ ... nsylvania/
Over in the PDF Zone, I did share the CDC Zombie PDFs.
I had a patient for about 2 months who was suspected having Creutzfeldt-Jakob disease and providing care was a scary situation for remaining safe while giving regular care, meds or injections. This man was like a cornered wild animal and also violent. After he died, his brain was sent to a lab where the CJ was confirmed Positive. His wife confirmed he was a deer hunter & traveled & hunted up in Northern Nevada and regularly consumed deer meat, whereas she did not eat any.

Excerpt only:
PHILADELPHIA (CBS/CNN) — Cases of “zombie deer disease” are spreading across the country, including Pennsylvania. Known as chronic wasting disease, the disease rots the brains of deer, elk and moose, causing them to act lethargic and less afraid of humans before dying, the Centers for Disease Control warns.

Chronic wasting disease has been detected in wild deer, elk or moose in 24 states, with the CDC warning hunters to avoid handling or eating potentially infected meat.

The CDC has found the disease in five Pennsylvania counties, but it has not spread to New Jersey and Delaware at this time.

The disease affects the central nervous system and animals can show signs of drastic weight loss, lack of coordination and listlessness. It can make them more aggressive and less afraid of human contact, the center says.

It’s in the same family of disease as Creutzfeldt-Jakob disease, which the CDC describes as “a rapidly progressive, invariably fatal neurodegenerative disorder.”

I am going to write something here that others with eyes to see and ears to hear will understand. These wicked ones are creating a hostile environment for us on purpose. It is as though they are creating a "13 monkeys" environment. Wild animals, diseases, contaminate GMO food supplies and the like. Then when the collapse happens they will retreat to the massive underground cities like the Umbrella Corp. Leaving the rest of us to struggle on an alien planet. Well, that was their hope anyway. God apparently is going to give them all the cold shoulder with a MINI-ICE AGE!

I'm subscribed to the channel but new videos don't show up on my feed anymore. I have to explicitly go to the channel and check the uploaded videos to see if anything new has been posted.

by Farside
Calving season disaster in the midwest of the USA:
https://youtu.be/QYaYD6UaIN8

by Farside
I thought I'd add a tidbit of info in regards to commodity traders not caring all that much about the flooding...
Commodity trading is completely decoupled from the actual production and supply of food in a number of ways. A trader can take out a contract for the supply of corn at a set price. The contract is typically around 10% of the cost of the actual corn. The trader will often hedge their investment buy purchasing a contract that allows them to sell a quantity of corn at a different set price. It also costs about 10% of the cost of the actual corn. Alternatively, they could sell a contract to someone else for a quantity of corn and get money without actually needing to have any corn at all. Either way, their financial exposure is limited, unlike the farmer.

Now for the dirty secret of commodity trading... When one of these contracts actually gets exercised, actual stuff has to be delivered. In the case of a corn contract, someone holding a corn contract has to receive the shipment of corn. Traders used to have big silos for this purpose, but when the bankers got into the game, they quickly realized that storing corn wasn't in their best interests, and so there are other third party companies who provide that service. Since they handle all movement of grain being delivered, and shifted around, most of the volume doesn't move at all except on paper.

However, this isn't a perfect system, and these commodities do need to be moved periodically from one depot to another so that everything remains in balance. In the case of corn and grains, large cargo ships get filled with the stuff and transport it around the globe. At some point in this business, someone realized that delivery is defined as the grain or corn arriving in port, not arriving in the silos. This meant that the added expense of loading and unloading these ships could be done away with, and the silos and warehouses could also be done away with if there were enough ships loaded with grain in port at any given time.

So that's what they did. And since the corn and grain didn't need to be unloaded and loaded to constitute legal delivery, it stayed on those ships, which do nothing but sail back and forth across the oceans. And since these ships have been doing this for decades, can you imagine the condition of the cargo in their holds? Needless to say it is nowhere near fit for human consumption.

This is why traders shrug. They are so far removed from the actual business of feeding people that the very contracts they buy and sell is for wheat and corn that is unfit to be eaten, and was never intended to actually feed anybody anyway. They whole world could starve as far as they're concerned because they know the ship containing their "good for delivery" cargo will arrive in port regardless.

Yet another volcano (Popocatépetl) right next to a Ormat Technologies Geothermal plant has become more active in recent days, threatening 26 million residents in Mexico City. I'm finding a very common theme here, Kilauea in Hawaii is within 25 miles of an Ormat Geothermal plant, same as Fuego in Guatemala. All three of these volcanoes have been in a constant state of eruption since the beginning stages of the plants coming online.

Are we watching geoengineering before our eyes? Is the harvard aerosol program just a distraction from the actual program using volcanoes or an addition to what's already been happening for decades? Decide for yourself. This is all research I've done personally, so make of it as you will but there's quite the amount of coincidences to be found and I've barely scratched the surface. Ormat runs under the facade of a "Nevada based company" but we know this is a farce.

The Stuxnet virus was a good example of Israel proving they can damage or directly control any type of utility plant using PLC/SCADA systems, the exact controllers/software as used by Ormat Technologies for their geothermal plants. 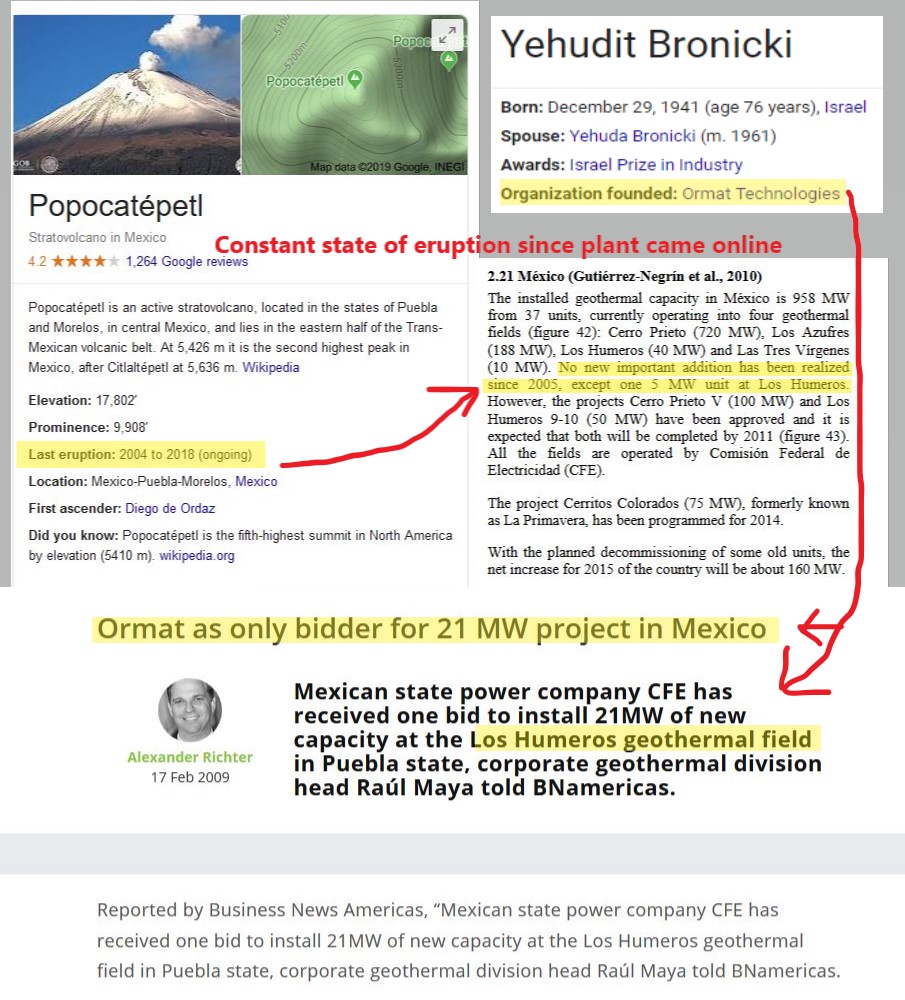 The rate of declination from the eruption in 2018 hasn't been since since the eruption in 1790, coincidentally at the start of the Dalton Minimum - roughly around the same year. This latest eruption happened to occur in similar circumstances since 2018 started with very little sunspot activity. Did the PGV plant prevent an explosive eruption? This is the first time we've entered a grand solar minimum with geothermal plants after all.
Sources:
http://evols.library.manoa.hawaii.edu/b ... 20Site.pdf
https://www.livescience.com/27622-kilauea.html 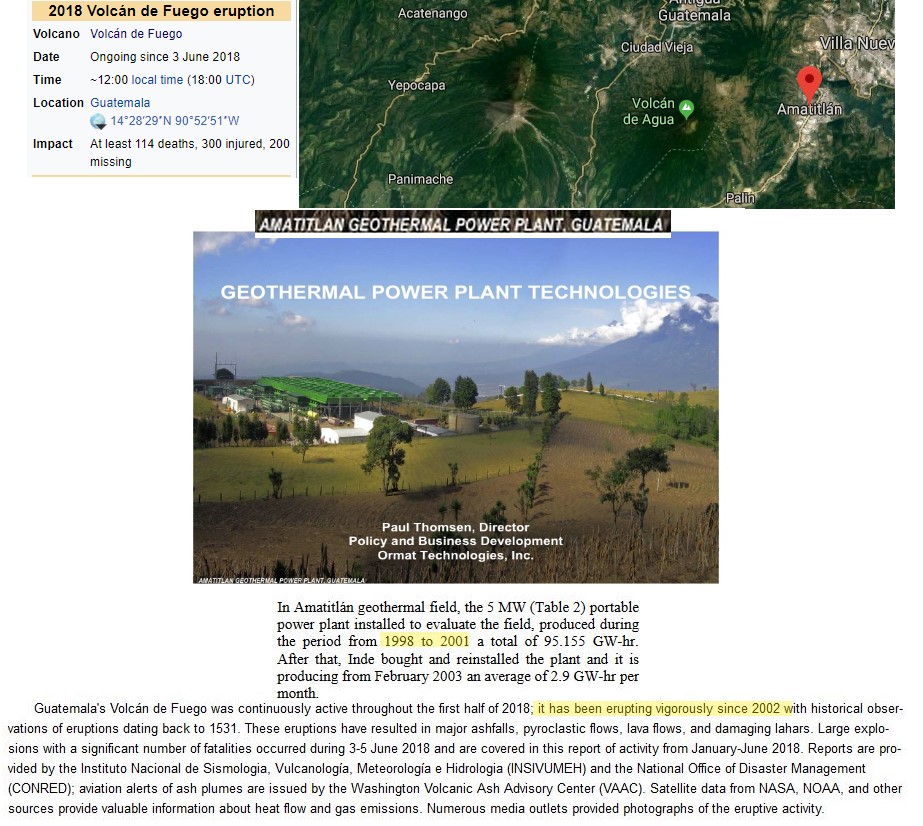 This graph of the locations of some Ormat plants is not complete as it does not indicate the geothermal plant in Los Humeros next to popocatepetl, but it's a good quick reference: 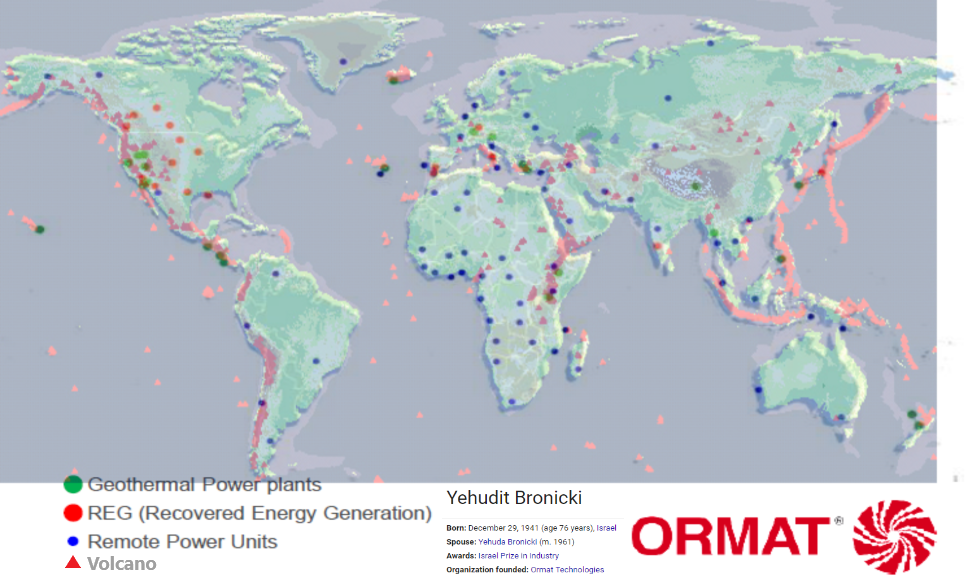 by Farside
Here comes the test balloon from the field of behavioral science nonetheless:
https://www.zerohedge.com/news/2019-09- ... ave-planet