100+ yr snow and cold records being set now. That's history. Here's some of the science.

100+ yr snow and cold records being set now. That's history. Here's some of the science. 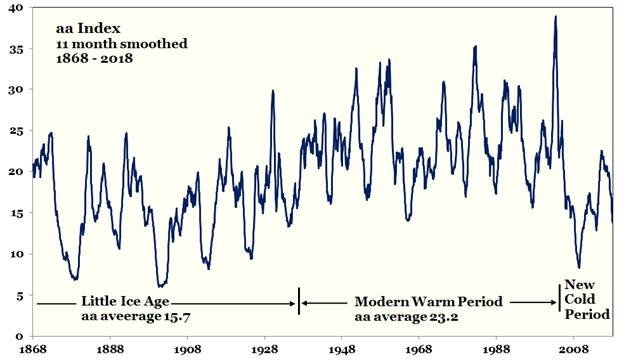 AA Relationship to Temperature
A 1998 paper (Cliver et al, “Solar variability and climate change: Geomagnetic aa index and global surface temperature”, Geophysical Research Letters, Vol.25, 1998) states: “During the past ~120 years, Earth's surface temperature is correlated with both decadal averages and solar cycle minimum values of the geomagnetic aa index. The correlation with aa minimum values suggests the existence of a long-term (low-frequency) component of solar irradiance that underlies the 11-year cyclic component. Extrapolating the aa-temperature correlations to Maunder Minimum geomagnetic conditions implies that solar forcing can account for ~50% or more of the estimated ~0.7-1.5°C increase in global surface temperature since the second half of the 17th century.”
http://ruby.fgcu.edu/courses/twimberley ... Es6eHAH5Do

As far as the aa Index shows, we are currently dipping into conditions comparable to the period from 100 to 150 years ago. This helps explain why temperature and snowfall records going back to that time have just this week been seen widely across the US. To be seen in UK and Europe in about a week from now.


[[ The longest record below, seen in red is most accurate. The farcical global warming data showing higher temps is a wikipedia AGW bias ]] (heheh...had to turn it around on 'em - couldn't resist) https://en.wikipedia.org/wiki/Little_Ice_Age
The reconstructed depth of the Little Ice Age varies between different studies (anomalies shown are from the 1950–1980 reference period) This chart shows where we are in relation to the solar/climate cycles of the Maunder Minimum. It shows that where we are now should have similar climate to that of the 1800s, the late 1200s to 1400 and also that from ~300 to ~600. 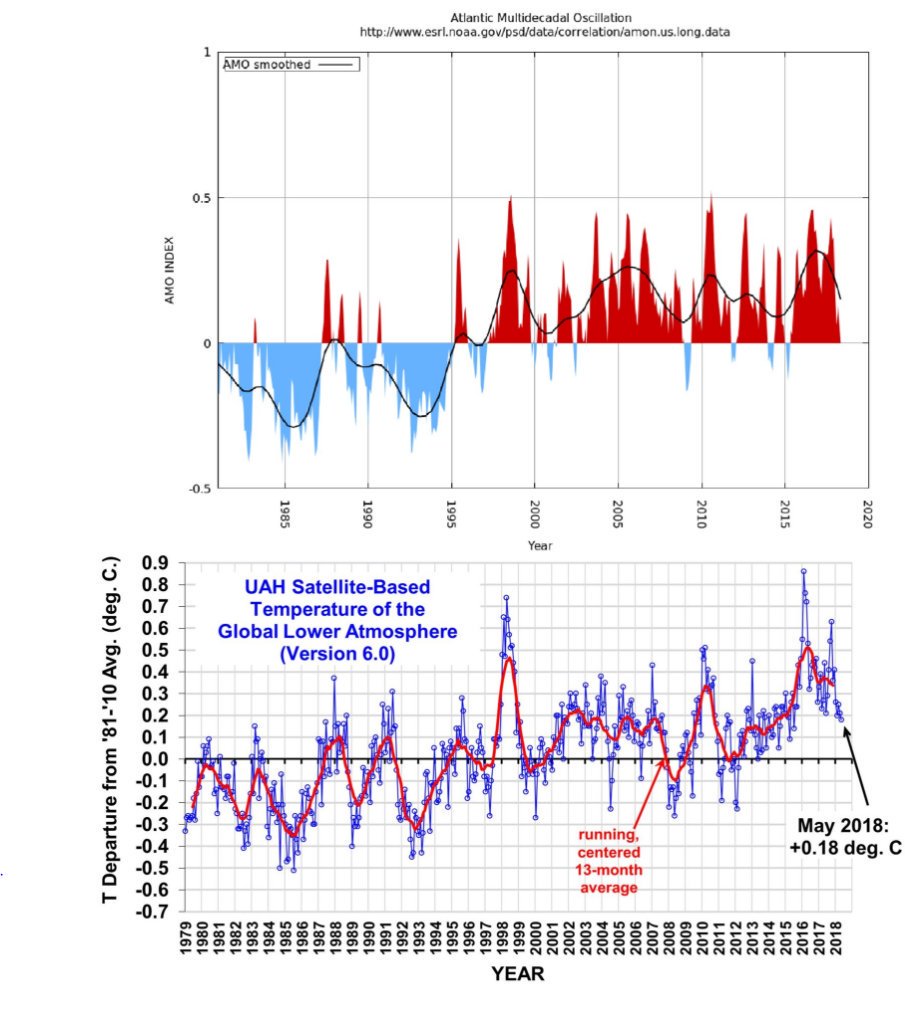 A mysterious fog plunged Europe, the Middle East, and parts of Asia into darkness, day and night—for 18 months. "For the sun gave forth its light without brightness, like the moon, during the whole year," wrote Byzantine historian Procopius. Temperatures in the summer of 536 fell 1.5°C to 2.5°C, initiating the coldest decade in the past 2300 years. Snow fell that summer in China; crops failed; people starved. The Irish chronicles record "a failure of bread from the years 536–539." Then, in 541, bubonic plague struck the Roman port of Pelusium, in Egypt. What came to be called the Plague of Justinian spread rapidly, wiping out one-third to one-half of the population of the eastern Roman Empire and hastening its collapse, McCormick says.

Historians have long known that the middle of the sixth century was a dark hour in what used to be called the Dark Ages, but the source of the mysterious clouds has long been a puzzle. Now, an ultraprecise analysis of ice from a Swiss glacier by a team led by McCormick and glaciologist Paul Mayewski at the Climate Change Institute of The University of Maine (UM) in Orono has fingered a culprit. At a workshop at Harvard this week, the team reported that a cataclysmic volcanic eruption in Iceland spewed ash across the Northern Hemisphere early in 536. Two other massive eruptions followed, in 540 and 547. The repeated blows, followed by plague, plunged Europe into economic stagnation that lasted until 640, when another signal in the ice—a spike in airborne lead—marks a resurgence of silver mining, as the team reports in Antiquity this week.
Still later, the ice is a window into another dark period. Lead vanished from the air during the Black Death from 1349 to 1353, revealing an economy that had again ground to a halt.
https://www.sciencemag.org/news/2018/11 ... r-be-alive
Top

Re: 100+ yr snow and cold records being set now. That's history. Here's some of the science.